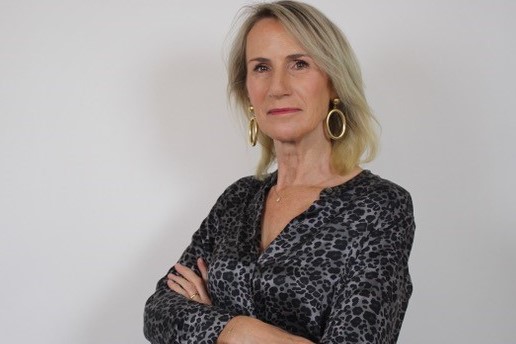 Why do I do what I do

I am Petra. I was born in Rotterdam in 1965 as the third child. I did not stay in Rotterdam, unlike many at the time, but moved every few years from an early age. As a result, I have worked and lived in many different places. I got married quite young and had two children in quick succession. During my childhood, I did a lot of volunteer work and also studied law.

After moving from Rotterdam to Brabant with my family, I started working. I enjoyed that very much. Unfortunately, my sister became seriously ill in 2001. She was a single mother since her husband had died before. After more than a year and a half of illness, she died in early 2003 from the consequences of a melanoma. A very sad period. At her request, I took care of her two young children.

Not long after that, my own relationship came under so much pressure that there was no other option for me than to divorce. As a result, I also became a single mother with four children. I could tell so much about it, but what I want to say about those years is that four teenagers have been a very challenging time.

When my sister fell ill I quit my job to take care of her and the children. When I got a divorce I picked up my work again. At the time, I worked in business. I could keep my family running with it. I was able to meet the needs of all children. That was okay at the time, but I did not have time to think about what I really wanted, and I honestly had no space in my head for that. For the most part, I was in survival mode and was happy when all that had to be done that day was done.

In 2010 I met my great love. I still find it special that he came into my life.

The years flew by. I had a large family, worked hard and had plenty of energy, but I didn’t realize that I was getting closer to burnout. I used to always wear myself out and keep all the balls in the air. Because of my age, now in my fifties, I thought that all the ailments I got, such as sleeping badly, were caused by menopause. So I took it up a notch. I didn’t realize I was drowning.

In 2018 the blow came and I got a burnout. The first weeks I still thought that I could go back to work after a month of rest. Only then my eyes really had to open, and the dropout took a little longer. After my burnout, I was back in the industry where I worked for a short while. Only the voice in my head that said that I really had to follow my heart was getting louder. Something in me said that my path was elsewhere and that for me there was another purpose in life.

Then I really made the change. My interest and passion have always been to inspire and motivate others to take new paths and help them move forward. The logical step for me was to become a coach. I had already trained in the years before, incidentally then without a real plan to make it my job. Now it turns out that everything in my life has sent me that way. In recent years I have also started to delve more and more into healthy living, in finding a balance in life.

My goal is to let women who feel stuck in their lives be in charge of it again. I want them to find the confidence to do the things that make their life meaningful and to let them discover what really suits them. I’ve seen so many women struggle with themselves and their environment in recent years. My hands were itching to help those women I recognized so much of myself feel strong and powerful and comfortable in their bodies and lives.

I have found many practical methods to use to bring people back to themselves. Together with my clients, I look at what works for them and what doesn’t work. Look at the limiting thoughts that hinder their growth. It is so important to set goals that can be realized and to make a plan to achieve those goals. To acquire new habits that are sustainable in order to create a healthier and more beautiful life.

I had to walk a beautiful, but also a difficult route to get this insight. Bad luck and luck also played a role. But everyone has an opportunity to influence their own destiny and I can help you with that.